We have taken your feedback onboard and will be incorporating it into the names.

Sorry for the confusion.

Have a good break @nashy

I see those threads were not on news and feedback section, so perhaps thats why I couldnt find them.

It was also much more recent than I had thought.

I'm glad the input and feedback from those initial comments have been taken on board.

@nashy I only ever use my mobile. Will the rest of the mobile be changing?


I dislike the planned changed.

Tbh I think it would put too much pressure for people to register and could deter people. I get it's good to encourage registration. But. for people who want to read posts and threads without pressure if positing it could put people off. And the way it is now is still really easy for people want to join.
I'm saying this because I know people who like to investigate things before putting their name down/get too scared to do due to their mh. When I joined I spent a lot of time reading through things first and then found I wanted to join after doing so.
Also my boyfriend had issues with his details/name/anything being recorded but loves to read/hear people's stories so the forums are a good place for him to come if he wishes and by not being a member it is best for his my. The new look would deter him. I'm saying this coz I'm sure he's not alone.

I hope you understand the ramble.
0 Support
Reply
Highlighted
in response to: Landing Page Look & Feel! Changes, updates and feedback

@nashy will there also still be a 'latest post' section. It's the tab on current site I use most.
0 Support
Reply
Highlighted
in response to: Re: Seeking Feedback - Landing Page Look & Feel!

Hi all! Just wanted to let you know one of the updates to the look and feel of the landing pages is actually going to come out this afternoon shortly - its happened a bit quicker than we realised so we apologise for the short notice.

In the initial images we showed, you saw that the side boxes such as 'latest discussion' are going to be colourful to help make them easier to see/identify and navigate. You can see that none of the boxes are changing or going away though, we still have latest discussions, latest posts, unanswered, unread and favourites but have also added forum news and feedback as a box 🤗 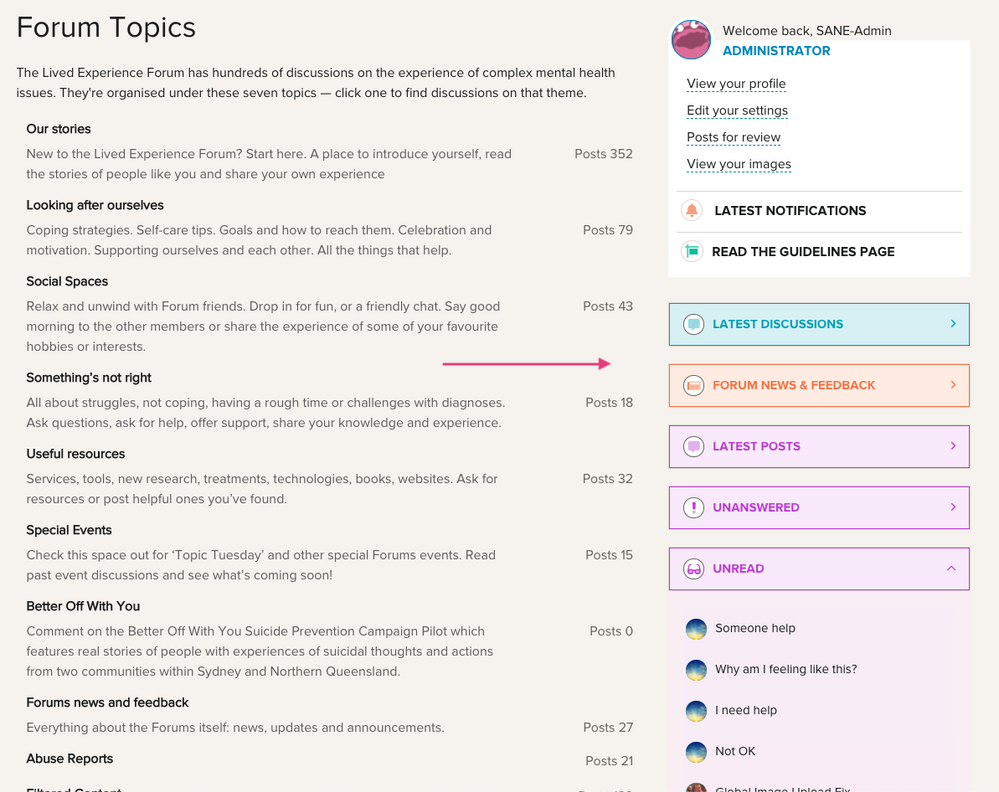 Just to let you know, we are looking to refine the colours so eventually each box will have its own colour too! Will keep you posted when we are able to action that next step.

@The-red-centaur hope that answers your question about the latest posts box - its still there don't worry 🤗 In regards to your other feedback it is something we understand and have noted to consider and balance our decisions. We appreciate your perspective!

As you might have noticed the new tags at the bottom of the landing pages has gone live now- yay! Hope you enjoy them.

Over this week and the following week, the new design of the forum topics, latest discussions and featured activities will be rolled out. First up we will be getting the new forum topic area up. This will just mean for a short time the page will be a bit shorter as the block of forum topics will be up the top. Then when the latest discussions and featured activities come in they will shuffle back down to look like the final outcome as shown below! 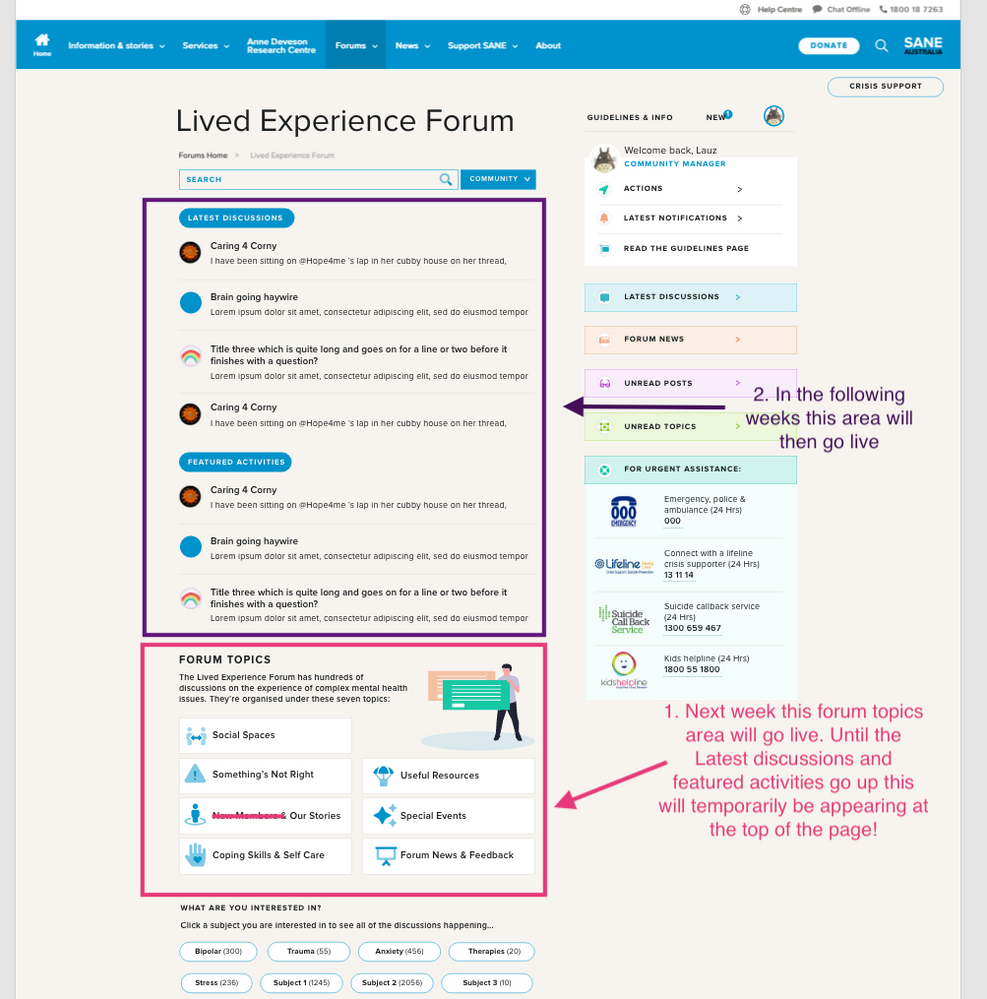 ***Just to be clear we are not going to change 'Our Stories' to 'New Members & Our Stories' as shown in the above image. Based on your feedback here we are going to keep working with you on some of the ideas you all had! Stay tuned as I will post in there shortly on that